Welcome to Chicago, the Midwest’s Most Haunted City

For over 200 years, Chicago has endured the Great Fire, Al Capone, Prohibition, Violent Riots, and Shipwrecks. These events led to Chicago’s mysterious hauntings, often experienced by locals – and even our guests. The third most populous city in the nation has become a hotbed for ghostly encounters.

Join us for a ghost tour with stories and visits to sites of old asylums, cults, and haunted bars next to dark alleys that harbor the spirits of gangsters and bootleggers. Whatever the weather, join Windy City Ghosts to walk in the footsteps of Chi Town’s Ghosts. We’ll give you a chill that cuts to the bone.

What makes Chicago so Haunted?

The second city of America has drawn almost as many characters as New York or Los Angeles. It’s the gateway to the Midwest and a hub of industry to rival any in the world.  The lakes, the railroads, and the rivers all drew those seeking their fortune and a new life. Many lives were ended here, some in spectacular fashion.

Our Chicago Ghost Tour centers on Lincoln Park and it’s many haunted places. For instance, you might easily pass by The Tonic Room, without guessing that it is the most haunted bar in the neighborhood, but just about every bar in Chicago lays claim to at least one ghost. This one has some very special ingredients for its phantasmagorical cocktail of the living and the dead.

Before it became an atmospheric live venue (with a great beer selection by the way), it was the alleged headquarters of the Order of the Golden Dawn, an Egyptian themed cult. The Golden Dawn participated in occult traditions dating back to antiquity — including astral projection, clairvoyance, exorcism, alchemy, and more.

One woman even claimed to have witnessed a ritual murder here in the 1930s, when she attended a secret meeting with her father. The Society’s members purportedly included Irish poet W. B. Yeats and artist and occultist Aleister Crowley.

After the secret society was forced out by worried neighbors, it became an occultist shop, owned by Frederic De’Arechaga. He called it El Sabarum, meaning ‘of many gods.’ After many years of suspicion and maltreatment by the neighborhood, he finally moved the shop. However, a dagger was left in a basement wall above a pentacle painted on the floor. When the shop became The Tonic Room bar an early owner tore the dagger from the wall, and shortly after that, ghostly havoc was unleashed. Spirits were seen regularly as if something had been unplugged. One bartender was rendered temporarily paralyzed and refused to say what he had seen. Returning the knife to the wall did diminish the sightings for a while.

A horrible day at the asylum

Another concentration of supernatural sightings is found at what is now ironically The Alphawood Foundation Building, a grant-giving charitable organization. Before this, it was the Hobbs Institute for the insane, much like the more well-known asylum Read-Dunning institute a few miles to the East, Hobbs Institute was a dumping ground for those that society did not want to see. This included the destitute, mentally ill, even unwanted wives, accused of insanity or adultery by uninterested husbands.

There are more than a few tales of early and brutal death at this place. Like Frozen Mary, an unwanted bride, sent here sane, but reduced to a shell of a human being by the ghastly standards of ‘treatment’ at this hell hole. She was treated with ice baths, one of which took her life after a scream that the whole neighborhood heard. Her ghost wanders the halls shivering and skeletal, seeking her sanity.

A short walk away from the former asylum, the John Barley Corn Memorial pub has a much more pleasant but no less colorful history, including a stretch as a speakeasy that has been reproduced in fiction and film for decades. The bar was boarded up so the police could not see inside, and a Chinese Landry next door became a front. Booze was smuggled in under piles of dirty laundry in carts, and patrons entered through the laundry’s steam and smells.  The place became a favorite hangout of notorious bank robber John Dillinger, who haunts an alleyway nearby, and was said to buy rounds of illegal booze, using the money he stole from banks.

And then there was the moose head. The head of a very large moose hung on the wall when a man named Sam Sanchez bought the pub in 1984. Nobody knows who shot the moose, but it watched over the patrons faithfully for many years. Until one night, the head simply plummeted off the wall, crashing to the floor and startling everyone in the place — who then drank a round on the house to the memory of the moose.

Really enjoyed this tour with Emily! Had a blast, laughing and brain system overload. So many crazy ... read more
22 May 2022
By: Jarrod J.
Dee

OWN YOUR OWN HAUNTED DOLL! 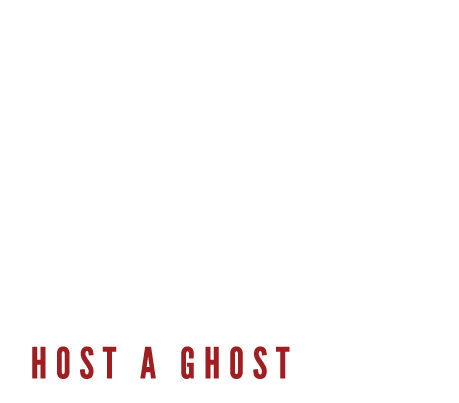 TAKE GHOST TOURS FROM YOUR LIVING ROOM - IN OVER 20 DIFFERENT CITIES!

TURN YOUR PHONE INTO A GHOST TOUR GUIDE

LISTEN TO ONE OF OVER 200 NARRATED GHOST STORIES FROM HOME ON ALEXA OR GOOGLE ASSISTANT.

Get The Book! America's
Most Haunted Vol. 1
Now Available

Entertaining and full of history – and gore!

Our tour offers thrilling supernatural insight into the dark side of the city. We also cover a wide array of educational and historical details of the city that you will not learn anywhere else!

Chicago has a fascinating history, springing from the trade of fur traders, missionaries, and business people who saw its potential to control access to the Mississippi basin and the overland routes via rail to the whole Mid-West. Many of the waves of new Americans that came from Europe, Scandinavia, and further afield were drawn to this unionized town’s high wages.

The unions and the powerful ward system of politics meant Chicago was a power base for politicians of the day, and where power flows, blood surely follows. Corruption and murder were the lingua franca of the streets for decades, and all every deal gone wrong left a ghost behind.

When you take a tour with Windy City Ghosts, you will be in the hands of professional and passionate guides, as well as being locals and incredibly knowledgeable about local culture and stories of hauntings they are courteous and adaptable.

If you bring the family you will still have children that will sleep tonight, but everyone will be remembering the stories for years to come! The tour is fully accessible and suitable for everyone. Bring a date and have stories to share for decades, if it works out!

Only the finest stories of hauntings and real history

All the stops on the Windy City ghost itinerary give you a deep look into Chicago’s dark past and shady characters. You’ll hear stories from the Second City that you won’t find in the history books, but that will bring different periods of the history of the City by The Lake to life, in a way that will stick in your memory like nothing from school. Hear tales of human suffering, bad luck, and tragedy with twists and turns that make them memorable beyond belief.

We research eyewitness accounts of the hauntings, like the ghost of a murdered jogger in Oz Park, who looks real but speaks with a distinctive tinny and faraway sound, eternally looking for a safe way out of the park to avoid her horrible fate.

Fun and frightening all in one

All the reviews talk of how fun the tour is. Windy City Ghosts is not like seeing a horror movie at the cinema (although with the extended tour it is a little shorter than the average movie); the fear creeps up on you and is suggested, not explicit.

Chicago at night is an atmospheric experience. The streets have a special light, and it does not take much to put you in a supernatural frame of mind. Whether you take the standard tour or extend dive deeper into the haunted history of Chicago with the extended tour, we know you will have fun, learn something, and have some truly terrifying tales to tell your family and friends when you get home, even if your home is already in Chicago.

Join us for a whirlwind fun and frightening wander through the terrible tales of the Windy City Ghosts.

Get the scariest offers and stay current on sales and events.