This cemetery is a very large cemetery. It is historic as well. It is a rural cemetery that can be found on the north side area of Uptown. This is in Chicago. It was established in the 1860s. The main entrance can be found at the intersection of Irving Park Road and Clark Street. There are 121 acres of burial sites.

When the cemetery was first bought or founded, it was only three blocks from Wrigley Field. The very busy neighborhood that we see today was once almost all wilderness. Over the years, it took many different architects and designers to create this beautiful cemetery. The nephew of the owner was stunned by naturalism and that lead him to choose the architects he did.

Graceland Cemetery is a private cemetery and has been since the beginning. It was established by a man named Thomas Bryan in 1860. Thomas Bryan was a very successful lawyer with a very successful practice in Chicago. He had purchased the original 80 acres of land and had received a charter from Illinois in the year 1861. Soon after, he hired a landscape architect. He hired H.W.S. Cleveland to plan out the park and make it what it is today.

Because Thomas Bryan was very successful in everyday life and was president of this cemetery, many well-known people in Chicago had joined the board with him. This included the first mayor of Chicago and even an entrepreneur named William Ogden. There were many other Chicago members who had become part of the cemetery members. Many people purchased very large family lots. Some people had purchased landscape rooms. It is still an active cemetery today.

The southern boundary of the cemetery was about two miles outside of the city limits. Today this boundary is known as Irving Park Road. However, the boundary was formerly in a small town called Lake View. However, after a little bit of negotiation with the residents, the cemetery had expanded. It expanded northwest and east. This expansion brought it to the 119 acres that it is today.

The plan was designed by Cleveland. In the 1870s, Cleveland made sure that the paths, as well as plots, were sodded uniformly. He also ensured that he had curbed and fenced the boundaries of a plot. After this, a man named William Le Baron Jenney had entered the picture. William is a renowned architect; however, his work is less known in the cemetery. He is known for contributing a lot to the engineering aspect and design. William helped create the parks’ style as it is seen today. The park has a Victorian-style atmosphere. This design was enhanced when the park had expanded. It was Ossian Simonds who had done his work. Ossian Simonds had known innovative design. He was known for using native plants to help create the beautiful landscape that you see today. That is why it is known for being one of the most visited places in Chicago to this day.

Ludwig Wolff was buried in the cemetery. His tomb is located right over the fence on Montrose Ave. The tomb is carved from a mound that has been built-up. There are stairs that lead down to an entrance. There is also a vent that you will find at the top of the mount. Legend states that Wolff’s biggest fear was being buried alive. This is why there is a ventilation system. Not to mention, there are bells and whistles to help guard against it happening. There are apartment buildings on this avenue as well. People of this apartment complex state that when there is a full moon, it will illuminate the cemetery. It is on a full moon that you may see a phantom. This figure is of the wolf hound that Wolff once had. The hound is said to pace in front of the entrance of the tomb. You will notice that the fur will shine and the eyes will glow green. Many people state that it is simply coyotes with light reflecting off their eyes, however, most people are quick to rule out coyotes.

People who are strolling through the cemetery have told other stories as well. One story that was told is about a somber figure. This figure will stand on the veranda. This is the topper of the tomb of the Goodman family. The figure will graze across the man-made lake that is part of the cemetery.

One of the most surprising paranormal activities reported is that of the Burnham family. On the way to the lake is a bridge that has recently been refurbished. These leads to the burial site of the Burnham family. Daniel Burnham, an architect is buried here. It was said that the ghost of Daniel was reported frequently after he had passed. Many people had seen the ghost before but did not know what or who it was until The Devil in the White City had been published. People state that the man stands there on the bank of the island, with his hands in his pockets. He has been seen at the fairgrounds, and even in the old offices in which he worked. Many people are convinced it is his ghost but are not sure because it may be Clarence Darrow’s because his ghost has also been seen. 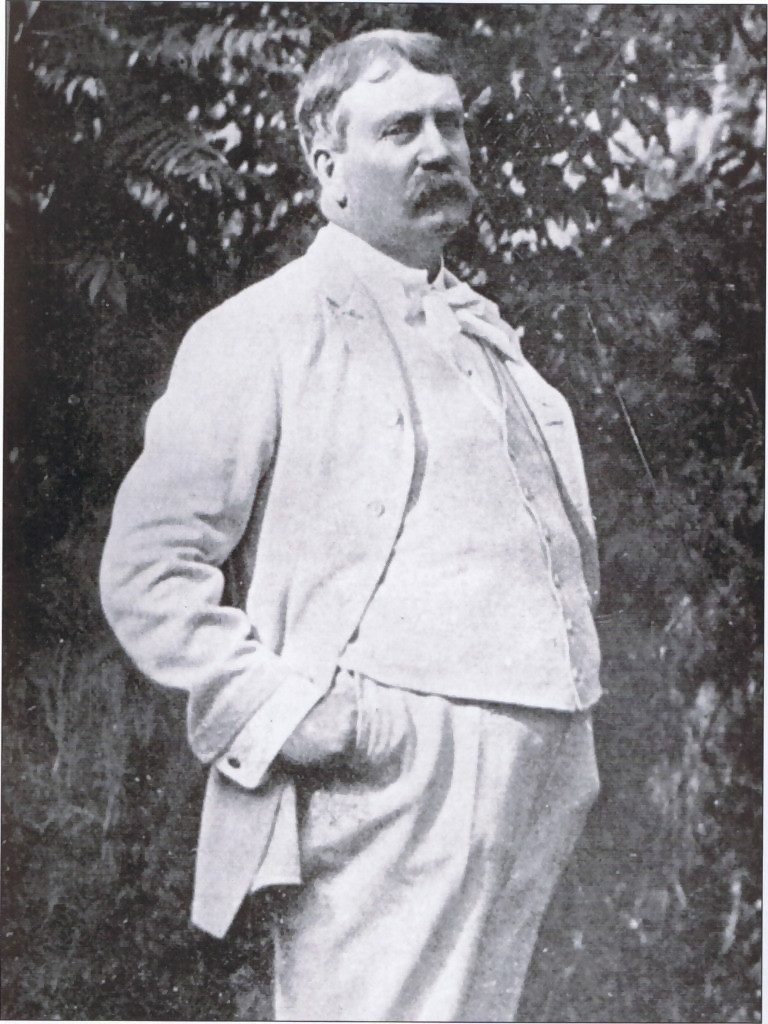 A monument called The Eternal Silence is a large bronze statue. It depicts a person who is hooded. Many people claim that this is unphotographable. It is over the grave of Dexter Graves. However, with that being said, this is one of the most fascinating and most photographed areas. However, many people state that if you look into the eyes of this statue, it will provide you with a view into your afterlife. This is why it is called the statue of death.

There have been many reports of the statues in the cemetery going missing. People would become worked up about this and then search for them. When the people would go to bed and wake up the next morning, the statues would appear back in place. The statues and art would look as if they had not been moved or broken. Many people have been a part of the search for statues that never seem to be gone and cannot explain it.

The Graceland Cemetery is a very popular cemetery. You can find many famous people buried there. However, do not forget that it is a cemetery even though it is full of beautiful art. This cemetery has been around for quite some time and that also leaves time for spirits to arise. There are many strange occurrences that happen in this cemetery. Some of them have tried to be explained with science or rational means but they simply cannot come up with an explanation.

You can visit the cemetery today and walk through it to view the beautiful art, however, do not be too concerned if you see a figure off in the distance or feel the touch of a hand on your shoulder. These things are all common when visiting the cemetery. We can tell you the history and stories that people have told, however, it is up to you to figure out if the place is truly haunted. You can go see for yourself if you do not believe the stories that are being told.