The Monsters of Supernatural 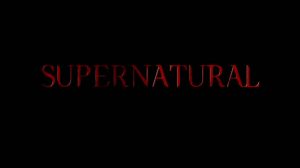 A list of the ghosts, serial killers, gods and monsters of Supernatural.

Chorus builds, guitars jam, drums reach a crescendo and, if you’re a Winchester fan, goosebumps go into overdrive. This year, it’s all coming to an epic end. Supernatural, one of the most beloved and longest sci-fi television shows to ever hit the screen is calling it quits and lowering the curtains once and for all. After 15 years of adventures, escapades, brotherly love, smashing soundtracks and Dean’s pie fixation, the bow is beginning to tighten and the end draws nigh’. Over its life-span, Supernatural has grown from a formulaic “monster of the week” color by numbers affair to a high mythology fantasy piece akin to Lord Of The Rings and other such epic series. It has crafted a rich tapestry, with intricate back and forth and groovy world-building, that draws from all religions, urban legends and mythological systems on the planet… But, at its core, the show is profoundly American. It hangs all its bobbles and trinkets on a peg colored deep shades of Red, White, And Blue. And today, we’re going to skip through some of the more interesting US lore Dean and Sam Winchester have had to trade quips with. Today we’re going to Fight The Good Fight and hope our demon traps work as we investigate the monsters of Supernatural.

“Carry on my wayward son….” 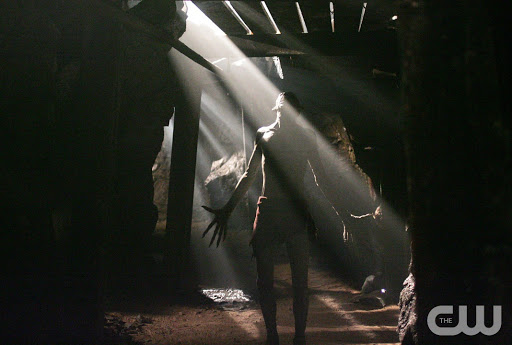 In the second episode of Supernatural, Kripke demonstrated his love of the outlandish by unearthing one of the most terrifying beings in Native American mythology The Wendigo.

Wendigos were though to either be man-eating creatures or evil spirits that haunted the US territory. They were cannibalistic beings indigenous to the folklore of the First Nations Algonquin tribes. The term Wendigo has become ubiquitously linked to insatiable hunger – of all kinds –  to the point where it has crossed boundaries and become a psychological medical portmanteau; Wendigo psychosis — describing someone who has an intense craving for human flesh.

Wendigos are said to haunt places that have seen strife and battle; places that have been drenched in blood. The creatures have been used by some of the greatest horror writers in history, including Stephen King (Pet Sementary), Antonia Bird (Ravenous) and many more.

Legend has it that the Donner Party and Alfred Packer were seized by the spirit of a Wendigo. The Wendigo is a classic baddy of this TV Show and is one of the most remembered monsters of Supernatural. 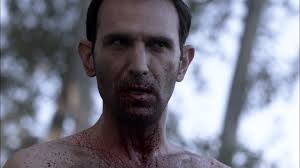 Also known in the Navajo Language as, yee naaldlooshii, which translates to “by means of it, it goes on all fours.”

Skinwalkers, and the legend concerning them, is a bit odd. It is shrouded in mystery and not well understood outside of Navajo culture mostly due to their reluctance to discuss the subject with outsiders. The lore, at least the original, is a taboo subject outside of Navajo families.

What little we know of it comes from horror writers or the likes of J.K. Rowlings; and they themselves have admired to: “we just made it up.” Skinwalkers are though to haunt the great plains and they are in many cases cherished Navajo shamans.

This monsters of Supernatural appeared in the classic episode: “All Dogs Go To Heaven.”

The Woman In White 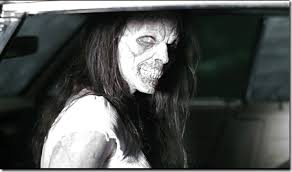 The woman in white is one of the most common ghost types in the world. They have existed for centuries and in almost all cultures. From Hawaii to Poland. All regional traditions have a woman in white. In Ireland or Celtic lore, they are known as Banshee. In Latin American “La Llorona.” In China and Indonesia “The Pale.”

She is the first creature the Winchesters encounter in the show; a vengeful ghost that plagues the highways kidnapping children luring men to their death. The woman in white has the distinction of being the first monsters of Supernatural Dean and Sam curb stumped. 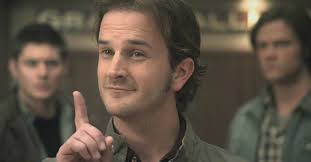 There is always a trickster in the great pantheons of mankind, a Loki or Coyote. Vegas and its ghost its full of such rascals. The most famous one in American Folklore – mostly due to Gaiman’s fantastic “American Gods” and it’s follow up – is Anansi. Anansi isn’t so much a monsters of Supernatural, but an actual God that through the show evolved from a mere trickster into a secondary and beloved actual angel called Gabriel.

Anansi is an Akan folktale character and one of the most important gods in West African and Caribbean folklore. He is the god of tall stories and mischief-making and, once there was an influx of African coming into American aboard slave ships, Anansi became an icon in most endured servant communities. He was revered in the South and became an icon in some religious practices in places like New Orleans. 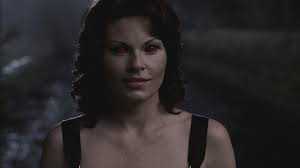 One of the most re-used antagonists in Supernatural’s mythological bag of tricks is a crossroad demon. The demons and later King Of Hell Crowley being the most famous one. In order to grasp the magnitude and pure Americana of this urban legend, we have to slink back in time and pick apart one of the State’s most iconic musical style, the blues.

Back when the blues were starting out and diverging from folk and African fieldwork chants, back when it was finally coming out of the South and venturing up North to places like Chicago, there was this fella’ by the named of Robert Johnson. 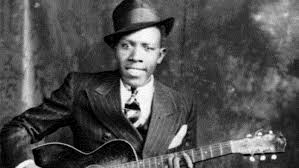 Johnson couldn’t carry a tune in a bucket. He’d slink into an outhouse or honky-tonk with his ratty old guitar and drive off the patrons. Johnson would pick up his ax and get booed out as soon as he started playing. Well, one day, Johnson disappears. Puff vanishes into thin air. For over a year no one hears anything concerning Johnson… Then… One… Day… He walks into a bar.

Johnson picks up his guitar and starts to fingerpick it. Mouths fall open. They’ve never once seen anyone play guitar like that. It’s as if he’s a one-man-band. He’s picking chords, creating melodies, thumping a beat and he never misses a note.

The rumor mills churn and a tale starts making the rounds.

“Johnson sold his soul to the Devil at midnight in the crossroads.”

Johnson dies young, but not before solidifying his fame as the greatest blues player in history and putting out a hit – played today by Clapton, Mayer and almost every two-bit guitarists – called “Crossroads.”

Near Memphis Tennessee, on the border of Mississippi in Clarksdale, you can actually visit the crossroads where Robert Johnson sold his soul… There’s a guitar shop on each of the four corners if you’re willing to bargain with Old Scratch. 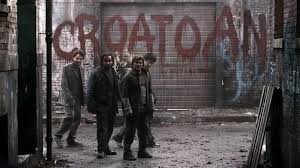 One of the greatest mysteries in American History is The Lost Colony Of Roanoke.

The Roanoke Colony was an enterprise financed and partly organized by Sir Walter Raleigh in the late 16th century. It was one of the first attempts at establishing a permanent English settlement in the New World.

The story goes like this, it’s long and I’m only being paid for a few paragraphs so I’m going to give you a quick rundown: 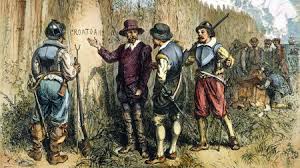 In 1587 a small colony set up shop in an island off the eastern coast of North America and didn’t fare too well. It was a tough couple of years and the colony wasn’t exactly acclimating to the environment, so its mayor, John White, left for England to request resources and manpower.

Three years later, White returns with ships bulging with everything they needed… Only to discover the settlement empty. Every man and woman gone – including his wife, child and grandchild (the first English child born in the Americans).

The only clue as to what happened to them was the word CROATOAN carved into the trees within the colony’s borders.

To this day, there is no definitive answer as to what swallowed all the settlers. 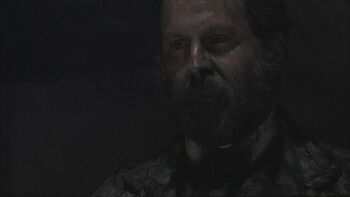 Holmes is considered by many as the first American Serial Killer. Aside from a starring role in one of the creepiest episodes of Supernatural, “No Exit,” the fascinating psychopath has been the subject of numerous books, films, and even the upcoming Scorsese film, starring Leo DiCaprio, “Devil In a White Dress.”

Holmes is a monsters of Supernatural that actually existed and had a rather large body count.

But why is this Chicago madman such a lightning rod for our sensational, and yellow rag, interest? It’s a doozy.

Holmes used 1893 World Fair in Chicago as a plot device to wrangle up his victims and carved his name into the American spirit on account of his showmanship and blood-thirsty panache. While the Fair was in full swing, Holmes opened up a hotel (called World’s Fair Hotel) and advertised like crazy to draw in the crowds. His hotel attracted guests from all over the world… and just like that Eagles song: “You can check out but you could never leave,” the place started getting a reputation. 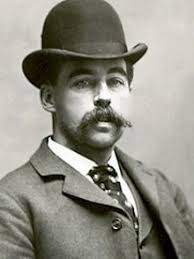 When Holmes was finally captured, his “Hotel” was inspected and instantly dubbed “The Murder Castle.” The building was, in fact, a gutted places with soundproof rooms, mazes hallways – some of which lead to nowhere -, torture rooms, and chutes that would drop straight down to the basement, where Holmes would dispose of bodies in carefully in one of the following: acid vats, quicklime or a crematorium.

The macabre site was destroyed by a fire and later rebuilt as a post office – which as you can imagine was brimming with ghosts.

Most people figure that Sam and Dean Winchester were named after the legendary rifle: The Winchester. Well, most folks don’t know diddly concerning Americana Weirdness… although they are partly right.

The two boys and all their zany kin were in fact named after one of the oddest roadside attractions in the USA, The Winchester House.

The Winchester Mystery House is a mansion located in San Jose, California and it is one of the most renowned architectural curiosities in history. 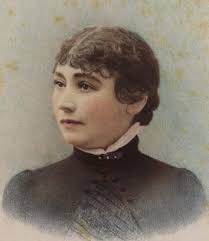 The site was once the personal residence of Sarah Winchester – the widower of firearm magnate William Winchester. The joint is weird and out-of-whack. It was built from the ground up without a master plan. For almost 40 years Sarah constructed the house, without interruption, without an idea, and heavily medicated – that last fact isn’t a joke. Sarah was high as a kite most of the time. Adding things, demolishing wings, creating rooms, digging up spaces, every whim she had she would make a reality. The house was  “completed” on September 5, 1922; worked stopped immediately the second Sarah keeled over and died. By that period the house’s interior looked like a collaboration between Dali and Picasso.

Sarah was insane and full of deep mental problems. Legend has it that the house and property are haunted by the ghosts of those killed with a Winchester Rifle… ALL THE GHOSTS.

The Winchester House is considered one of the most haunted spots in the world.

From a young age, the show’s creator Eric Kripke recognized the importance of mythology within a culture and the kick-ass nature of American mythology as a whole. Kripke was fascinated by the traditions of the states, urban legends, and the reckless wonder of larger-than-life heroes like Wyatt Earp. Kripke knew he wanted a Buffy for the 21st century, only instead of a cheerleader with a stake, he desired cowboys with Colts… In the end, that’s what Supernatural truly is, a buddy tv-show about two cowboys roaming the land righting wrongs and kicking evil in right in the throat.

If you want more, maybe a sequel to this monsters of Supernatural list, shout out and drop us a line/mail/comment.

Check out some of our other terror drenched blogs, our bloodcurdling ghost tours, and our digital phantom app.

Have a look at these other spooky ghost tours around the U.S.

Click To Join Our Haunted Monthly Newsletter! Stay updated on stories of hauntings and intrigue!