Top 10 Most Haunted Places in Illinois 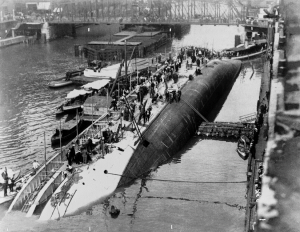 Illinois has seen its fair share of turmoil since becoming a state. Back in 1871, a small fire grew into a blazing inferno that would forever be known as the Great Chicago Fire. Several hundred people died while tens of thousands were left homeless.

A few years later in 1886, workers fed up with their wages staged a demonstration that ended with a bomb detonating. Eight police officers were killed and 60 people were badly injured. Then, in 1908, a large riot resulting from a local murder saw the destruction and looting of several businesses.

With history like this, you know you’re in for some terrifying tales. But what you are about to learn is in a league of its own. These haunted happenings delve deeper into Illinois’ growth and the tragedies involved with it. 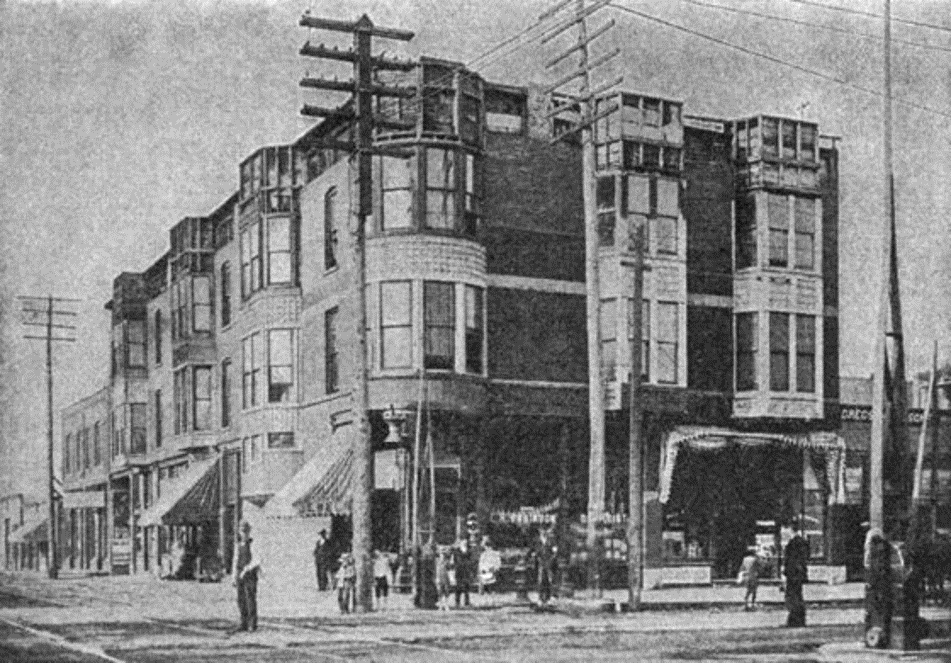 Where the Englewood Post Office now sits was once a completely different place. This site used to be the home of infamous serial killer H.H. Holmes.

His now-demolished home was built back in 1839. Holmes had several contractors build his home in order to avoid anyone knowing its true blueprint. The interior of the home was truly a reflection of madness.

Holmes had hallways that would suddenly dead-end. Stairwells would end with a wall. No opening. No doors. It was insanity at its finest. It was later learned that this was purposely designed to confuse his victims if they tried to escape.

He would eventually be arrested. Holmes ultimately admitted to murdering 27 people, although most believe the true number is much higher.

Now a post office, its workers say that the building is rife with hauntings. The basement is said to fill anyone who enters with fear and anxiety. So intense are the emotions that anyone who has business down there gets out as quickly as they can. 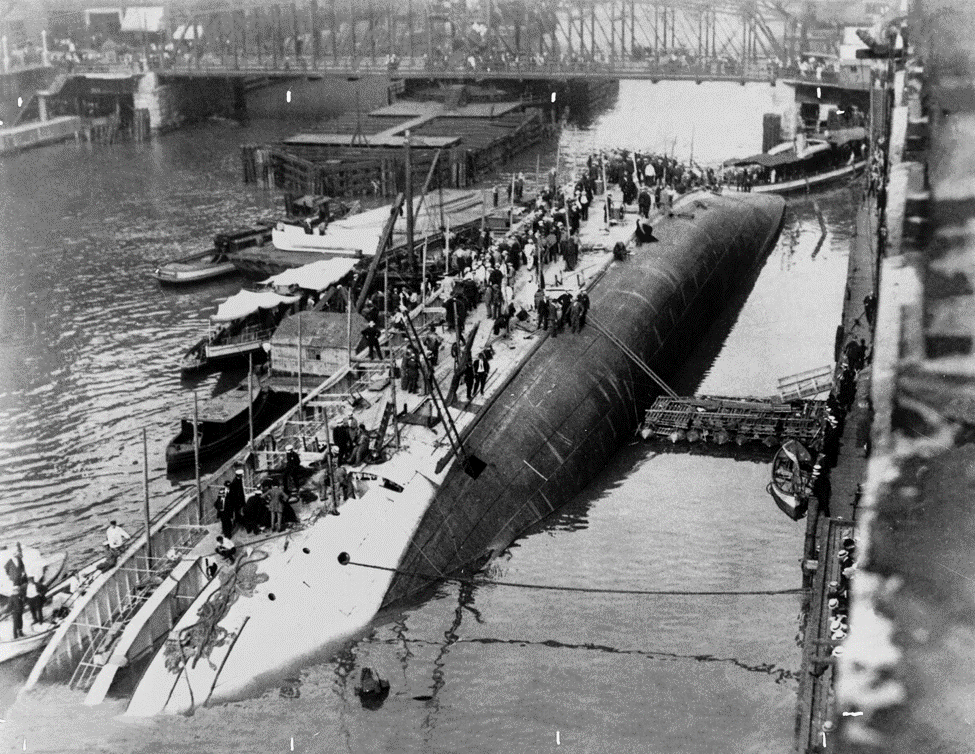 Back in 1915, Chicago witnessed a tragedy the likes of which it hasn’t seen since. The SS Eastland fell victim to a capsizing. This accident saw the deaths of 844 passengers and crew out of the 2,500+ onboard.

With so many lives lost, the city was tasked with opening its business’s doors to serve as makeshift morgues. Soon, local merchants had their buildings filled with the dead in an attempt to right the horrible wrong that occurred that day.

Today, locals and tourists alike have witnessed their fair share of ghost sightings within these buildings. They say you can often see apparitions appear and disappear right before your eyes. It would seem the lost spirits from this accident are forever cursed to wander the lands near where they died. 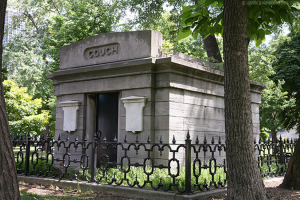 Lincoln Park is usually filled with passersby and sightseers. It’s a stunning collection of outdoor beauty and scenery. But there is a dark side to this majestic park that would make anyone’s skin crawl.

Way back in the 19th century, this park was filled with tombs. When the Great Fire of 1871 broke out, all of them were destroyed. All but one, that is.

The Couch Tomb remained the only surviving tomb out of the devastating fire. What secrets it held remained a mystery until just recently. In 1998, a team of workers discovered that the tomb held no less than 80 bodies!

There was even an iron coffin that held a single individual. People often claim to hear and see strange occurrences within Lincoln Park. Now, it would seem we know why. It is also possible that those who inhabited the destroyed tombs continue to wander their old burial site. 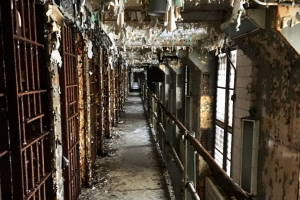 A garish sight if ever there was one, the Joliet Prison is polluted with tragedy. Not only did it once hold murderers like John Gacy, but it also saw its own murder take place within its walls.

In 1915, the wife of the prison’s warden was murdered there. This did not sit well with the inmates. They actually held the warden’s wife in high regard. She was lovingly referred to as the ‘Angel of Joliet’. With a nickname like that, you know she had to have been someone very special.

When the prisoners learned of her death, they rioted and took the law into their own hands. They tried to find out who killed her and wanted the killer to face his punishment of death.

During its years in operation, Joliet Prison held many executions. It is believed that many of those who died there now haunt the grounds today. Due to public interest, restoration was done to the building in recent years.

If you’re so inclined, haunted tours are held at the Joliet Prison. Maybe you’ll have your own personal encounter with the Angel of Joliet. 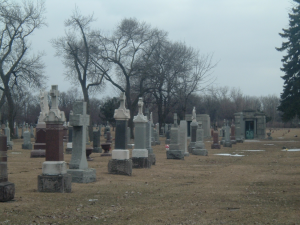 Located in Justice, Illinois, Resurrection Cemetery is known as the home of the ghost called ‘Resurrection Mary’. Mostly witnessed by men who drive past the grounds, this spirit is said to belong to a woman who died nearby.

Those who have seen her tell the same harrowing story. A man will be driving by Resurrection Cemetery. Suddenly, he will see a lady thumbing for a ride. When they pick her up, she’ll ask to be let out near the cemetery’s entrance. As she walks onto the grounds, she disappears.

This has occurred so often that the bar located across the street is a popular hangout for the curious who want to see Mary. Many nights, drivers will walk in so shaken by what has happened. 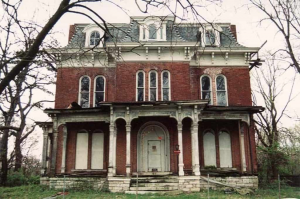 The McPike Mansion of Alton, Illinois is one of the most haunted locations in all of the United States. Paranormal investigators and those interested in the otherworldly flock to this mansion every year in the hopes of seeing a ghost.

It is believed that whatever is haunting the abode comes from a time well before the mansion was even built. Since its construction was completed in 1869, wherever the ghost originates from is ancient.

Many think it’s a Native American spirit. Others say the ghost is that of a woman who was found dead in one of the mansion’s bathtubs. Whatever the case may be, it’s enough to attract thousands of curious people each passing year.

Some will camp out on the mansion’s grounds. Many of them take the tour that is now offered. All hope to rub shoulders with whatever is haunting this archaic property. 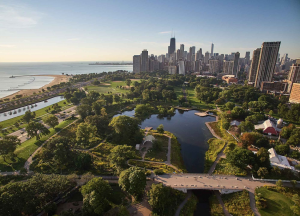 While many furry creatures now inhabit the land where the Lincoln Park Zoo sits, it was at one time the town cemetery. During the mid-1800s, this land was the final resting place to thousands of residents.

At one time, more than 35,000 dead bodies were buried there. Most of them had been relocated over the years. But it’s recently been discovered that more than 12,000 are still buried there! When this was learned, rumors began circulating that the zoo is haunted.

Whether it is or isn’t, the belief is strong enough that the Lincoln Park Zoo holds events every year relating to the rumor. It draws in many paranormal lovers who hope to catch a glimpse of a long-dead apparition or two. 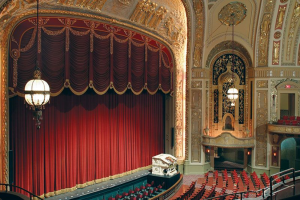 Built in 1926, the Rialto Square Theatre is said to be haunted by spirits who used to perform there. It’s also believed that suicides took place at the theatre. Locals say a boy and two lovers jumped from the balcony.

As Seen on TV

While the reason for doing so is unknown, the theatre has been the focal point of many paranormal investigations. In fact, the crew from Ghost Hunters recently investigated the grounds. They claim it is one of the most haunted places they have ever seen.

Many guests claim to have seen spirits wandering about. The identity of these spirits is not known, but it’s believed that they are the lost souls of those who met their tragic end inside. 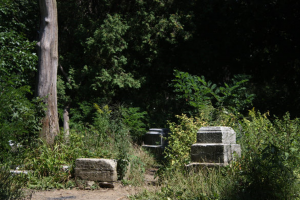 Located in Midlothian, Bachelor’s Grove Cemetery is believed by many to be America’s most haunted graveyard. Established around 1840, these burial grounds are the final resting places of only 82 people.

There are many more graves, but for whatever reason, they were left unused. Those who have visited the cemetery say that it is home to the ‘White Lady’.

This spirit is said to have been buried right next to her young baby. People claim to see a ghostly figure wandering the graves while carrying a child. 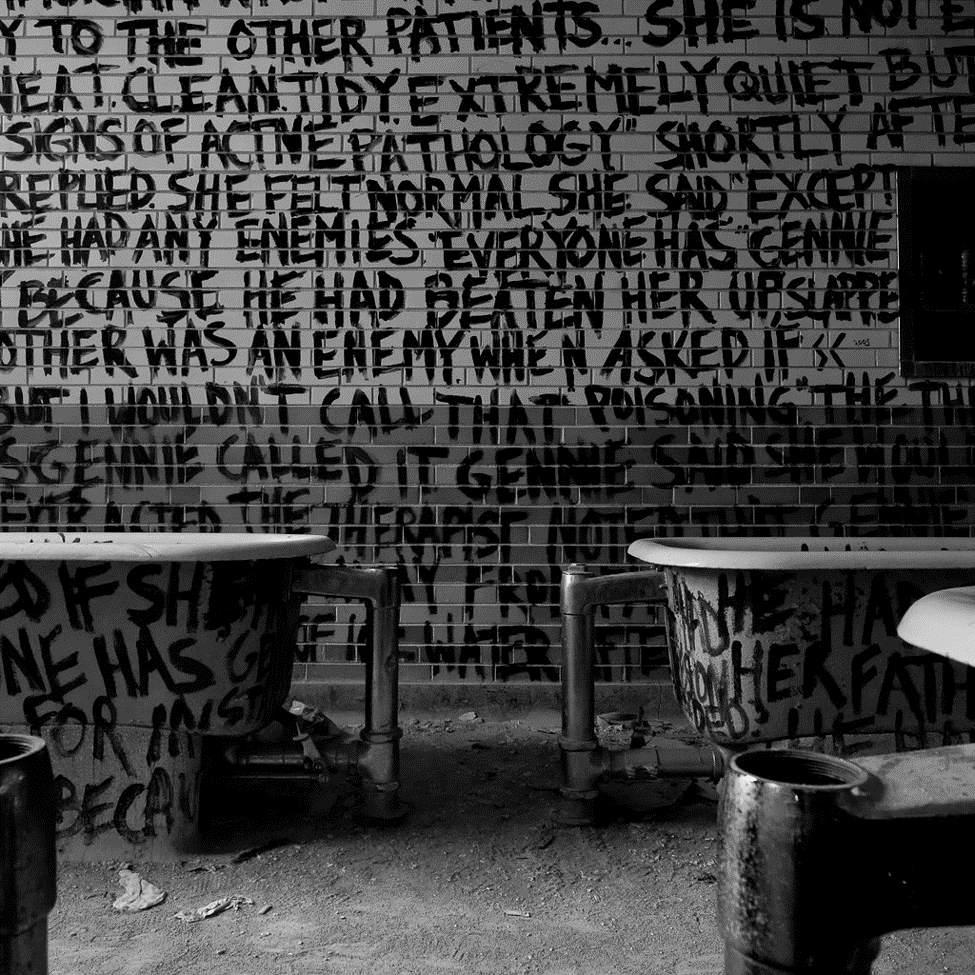 Opened in 1930, this mental facility was once the most advanced in existence. Business was good and the Manteno State Mental Hospital took care of many who suffered from mental illnesses.

Not the Help They Needed

Those who couldn’t get proper help elsewhere came here in the hopes of having their lives changed for the better. All was going well until tragedy occurred. In 1939, typhoid ran roughshod through the hospital, killing 47 of its patients.

Since that day, the Manteno State Mental Hospital seemed to implode on itself. Patients kept piling in to the point that it soon became overcrowded. With too few staff to look after everyone, malpractice quickly followed.

Patients were dying left and right, forcing the hospital to forever close its doors by 1985. It has since been turned into a veteran’s home, but the lingering souls appear to have never left. Cold spots, strange sounds, and eerie occurrences keep everyone on their toes to this day.