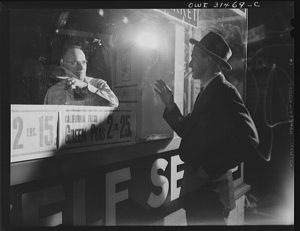 In the 1890s, Hermann Butcher of Palos Park was a simple butcher. His problem-solving skills when his apprentice died and his customers wanted meat could be considered…creative.

A Problem, or an Opportunity?

The legend goes something like this: Back in the time when a person’s job was their surname, a man named Hermann Butcher ran a butcher shop in Palos Township in the 1890s. His shop was at the edge of the Chicago city fringe at the time, following the 1893 Columbian Exposition.

He was a nervous man but was a bully, and loved to berate his young apprentice. Butcher thought the boy did not appreciate the art that batching was, and he had an explosive temper. Their arguments could be heard outside the village and farms. Villagers were known to stay away from the shop when they started yelling at each other.

The 1890s were a tough time, for there was a depression sweeping across the country and fresh meat was hard to come by. Prices were going up and customers were getting angry. A supply of beef finally managed to the shop, and Butcher told his apprentice to take it down into the cellar. Always in a rush (as teenagers are) the boy took too large an armful and slipped down the stairs. He landed at the bottom in a heap with a broken neck.

When Butcher discovered the boy’s body, the panic was impossible to ignore. Nobody was going to believe that the kid had tripped after hearing the arguments the two were famous for; they’d suspect Butcher had pushed him! He decided he would deal with his apprentice later, and stored the body in the meat locker.

A few days go by and the boy’s father comes to the shop with pointed questions for Butcher. He tries to suggest that the boy left one night, probably ran away because he didn’t like working for him. The father leaves, but a few days later the police come asking Butcher questions. Butcher is at a loss of what to do, especially when the last of his latest beef supply runs out and his customers are getting angry.

He gets an idea. A terrible, awful, dreadful idea.

Butcher returns in the dead of night and cuts the young man up as if he were a side of beef. The customers buy this new prime meat and return, raving at its flavor. Happy customers, and no evidence of the kid. Butcher should have been relieved.

Instead, he realized that if there was only one batch of this mystery meat right after his apprentice disappeared, people would put everything together. Besides, it was his lot in life as a businessman to give his customers what they wanted, and they wanted this new meat.

The customer’s always right, after all.

Butcher decided that the rail-riding hobos were exactly what he needed. He would lure them into his shop with offers of alcohol and kill them once they were drunk. He proceeded to fill his meat locker with these homeless men. His meat-starved community was so excited,  so business boomed.

Eventually, so many men were missing from the hobo camps that whispers started to go around. Men would walk into the Butcher’s at Palos and never return. The rail-riders stopped leaving the trains in Palos. Butcher saw his supply dwindle and now was really in a bind. He needed another supply of meat, and fast.

Maybe he was a fan of Jonathan Swift’s  “A Modest Proposal,” because soon the children in town started to disappear. Parents noticed how the butcher would stare at their children while in his shop. Almost as if he was sizing them up…

It didn’t take long for the villagers to realize the Butcher was kidnapping the children. One night, a mob of townsfolk broke into the butcher shop and discovered the dismembered corpses. One body was still on a meat hook.

Several things occurred to the mob at once:

The Butcher is Butchered

The mob went to Butcher’s house and dragged him from his home onto his lawn. In the flickering lights of torches and lanterns, the mob met out its own form of justice. Police Officers stood back to allow the townsfolk to do their grisly work. Knives, axes, and hammers were used on the Demon Butcher, for only a Devil would do such a thing.

Afterward, the mob cleaved his head off with an ax, to make sure this demon could not continue its reign of terror. His head was buried in Indian Hill Cemetery, and it’s said the rest of his body is in a grave with a headstone that simply reads “Butcher.”

At night, it’s possible to hear a clever banging against the headstone as Butcher continues to chop up his victims even in the afterlife.

Did This Really Happen?

Author and historian Ursula Bielski in Chicago was told by someone who lived in Palos Park Township that the infamous butcher shop had been in a building currently used as an ice cream parlor called the Plush Horse.

The rumor spread so quickly even the Chicago Tribune has run a story about how this was apparently true.

Bielski tried to tap down the rumor as well, explaining that there was no record of a butcher shop, nor of such a grisly tale in any historical record. It was just that: a story.

The Demon Butcher story is a creepy tale for campfires, but it also addresses the trust we as consumers have to put in the meat and service industry. We have to take at face value what is being served to us. As long as people allow others to hunt, butcher, and cook for them, these stories will always be a fear in the back of the mind. The Demon Butcher is just another in a long line of cannibal stories where the customer is tricked into eating human flesh.

Sweeny Todd, the Demon Barber of Fleet Street, deals with almost the exact premise. A wronged man kills men and his neighbor cooks them into pies for her customers in London. Horror Movies like Motel Hell deal with cannibal consumerism. There’s even a Greek myth about a father cooking his son for Zeus to spite the god.

These stories are nothing new because for most human cultures eating human meat is the highest of sins. There are a few that do eat human flesh, but they are in the minority. But n cases like the Wendigo of Algonquin myth, a person is forced to eat another due to a harsh winter. A choice is made, though the result is becoming a monster. The Demon Butcher is more terrifying because the consumers had no voice in the matter. They were tricked, forced to eat human flesh.

Nothing is scarier than taking away a person’s ability to choose.

And after reading about the Demon Butcher of Palos Park, most of you will probably choose to become vegan.

http://www.communitywalk.com/location/the_demon_butcher_of_palos_park/haunted_place/589066 (A MAP TO THE BUTCHER GRAVESTONE)

Want to get out and see what ghosts and spooky haunt Chicago? Check out the Windy City Ghosts for Ghost Tour information here: