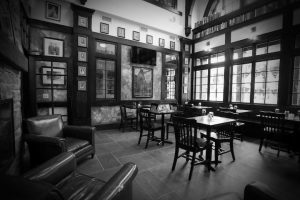 Chicago is a great city to visit. The city is rich in history, architecture, shops and restaurants. It has a unique weather pattern thanks to it being on Lake Michigan. With so many wonderful amenities, it does not seem possible for Chicago to have a haunted side. It does, trust us on this.

Although Chicago is chock full of paranormal activity and ghostly inhabitants, we will focus on one site in particular. Let us take an in depth look at the Red Lion Pub and learn a little bit more about its history, significance and ghostly features.

The idea for a traditional English pub was the brainchild of John Cordwell. A resident of Chicago, John knew that he wanted his business wanted to stay in Lincoln Park since it was close to his home. John Cordwell also felt strongly that he knew the area and the people and that he could provide them with a great pub experience. John began his real estate search and had to hunt for just the right spot for what he had in mind. He finally located a spot that was on Lincoln Avenue, which is located just north of Wrightwood. It seemed to be an ideal spot. The problem was, the location was a three flat and it could not be feasibly turned into a pub. So, he kept looking. He found another location that would be perfect for a pub. But it was too far away from the neighborhood he was trying to remain in.

After many long hours of continued searching for the perfect location, John stumbled across the perfect spot. One morning he was enjoying a cup of coffee at the French bakery next door to the Biograph Theater on Lincoln Avenue. John looked up and noticed that there was a building with a bar that was for sale just across the street. The name of the place was “Dirty Dan’s Western Saloon”. The name was more than apt.  Dirty Dan’s was filthy and rat infested. John met with the owner and a deal was worked out. John was able to purchase the building and the business and the Red Lion Pub was on its way.

The renovations on the Red Lion Pub took several months to complete. When it was all complete, the Red Lion Pub was opened on November 16, 1984. Now there was an English style pub in Chicago.

John Cordwell and his son Colin were hoping to maintain the same atmosphere as the original Red Lion Pub in England. In order to accomplish this task, they kept the dark oak planked bar and the Tudor beams. They then went a step further and put in book shelves throughout the pub. These shelves are lined with books about British history and literature. In fact, the books are Colin’s personal collection and he’s been growing it steadily over the years. As the proprietor of the pub, Cordwell pays tribute to his family. You will find a wall dedicated to John Cordwell’s exploits during World War II, specifically his role as a forger helping coordinate the famed “Great Escape.”. On the second floor there is a balcony which is named “The Africa Room” in honor of his mother Justine Cordwell. Justine herself was an African studies scholar and also an expert on Yoruba art and culture. The front room is called the “War Room” and is in honor of his grandfather, Robert, who fought in World War I. Robert managed to survive multiple gunshot wounds and an attempted bayoneting.

Patrons today will enjoy the open-air dining room in the summer and the three roaring fireplaces in the winter. The private balcony can hold small parties. The bar boasts unique beers and a locally sourced menu. Colin insists that the Red Lion Pub is always a “place to talk about ideas”. 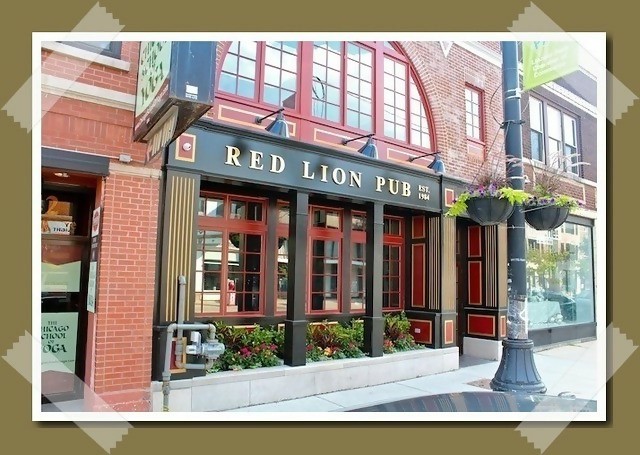 How is the pub haunted?

By all accounts the Red Lion Pub seems to be a nice and relaxing place for people to gather and spend time with friends. So how is it haunted?

Some paranormal scientists will tell you that Chicago is one of the most haunted cities in the US. They feel that since water is a great conductor of paranormal activity, that Chicago’s location on Lake Michigan attracts a lot of spirits. These experts also point out that historical tragedies have not been memorialized, which leaves the spirits to wander the area for eternity. And there are many employees and patrons who have experienced odd encounters at the Red Lion Pub. 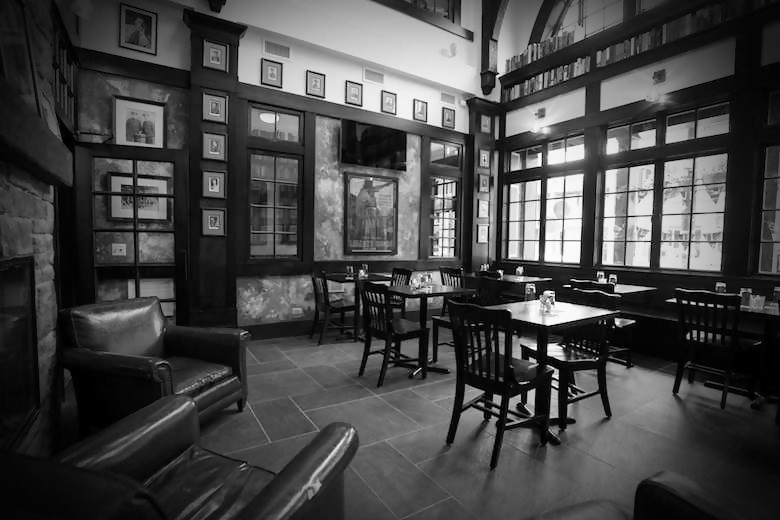 The Red Lion Pub appears to many as a traditional, but spooky, English style pub. The pub is in fact located across the street from the theater where John Dillinger was ambushed and killed by federal agents. People are convinced that the Red Lion is haunted by several ghosts. One of the ghosts that is thought to haunt the Pub is that of a young woman. Employees know when her spirit is present because they will notice the strong scent of lavender which suddenly appears.  Another ghostly patron that has been noticed by the staff is a ghost of a man who appears to be wearing cowboy clothes. The cowboy has also been sighted walking along the main bar. Red Lion staff have also seen a gentleman with blonde hair and another who wears a dark cowboy hat. Some employees and patrons also report a little girl ghost who wanders the Red Lion Pub. What or who could she be searching for?

The Lavender woman is said to be a pesky ghost. She is often found on the second floor and in the women’s bathroom. She is often heard shrieking and crying in the bathroom and locks the door so that you cannot get in; it does not matter if you have a key or try to push the door open. It will not budge! All of a sudden, the shrieking will stop and the door swings open easily. And you will find the bathroom is empty.

People who have met her say her presence is noted very easily-the air is unnaturally still and cold and the scent of lavender is noticeable. This ghost has also been blamed for dumping plates of food right out of servers hands! The lavender woman has also been known to rearrange the furniture at the end of the night and has gone so far as to push all the bar stools and chairs into the center of the room.

Chicago is a great city with tons of activities to keep you busy. The Windy City is also thought to be one of the most haunted cities in the US. If you haven’t been to Chicago, it is definitely recommended that you make the trip. There are plenty of shops and restaurants, art venues and museums to keep you occupied. And there are plenty of historical sites to see too.

While the Red Lion Pub is not exactly as old as some other sites in Chicago, it is definitely worth a look! It has a terrific bar and food menu and plenty of great rooms and ambiance. You can browse the enormous collection of British literature and history on the bookshelves and enjoy viewing the family’s treasured heirlooms.

If you go to Chicago in the Fall, you can take advantage of the haunted tours that are available. These tours will take you to some of the most notoriously haunted places in the city. It will give you a great opportunity to learn about the local history and hear the stories behind the hauntings. You might even have the pleasure of “seeing” a ghostly cowboy or meeting the Lavender woman. Just watch your bar stool.