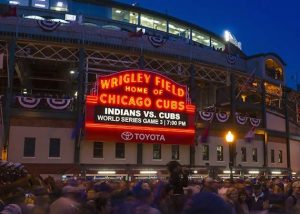 What is Wrigley Field 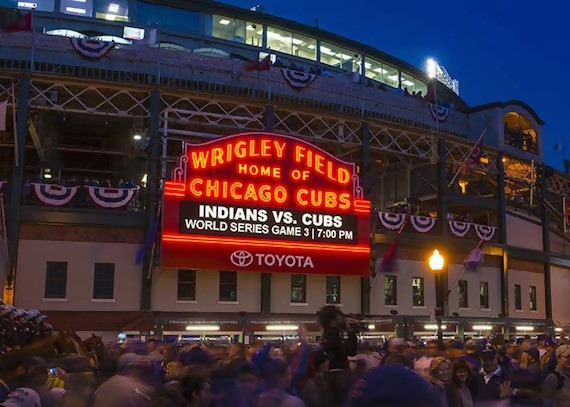 This park is well-known for being the baseball park that it is today. It had opened its doors back in 1914. Originally this was owned by a man named Charles Weegham. He had a team known as the Chicago Whales. This team played in the Federal League. The Whales and Federal League were gone by 1915. This led the owner, Weegham, to purchase the Cubs. He had relocated this team to his stadium. It was after this that William Wrigley had purchased the team and the stadium. The stadium had changed names to Wrigley Field in 1926.

It was at this point that the Chicago Cubs have gone on the worst careers in American professional sports history. They have lost seven world series and had faded by 1969. The Cubs were brought back and still have had a championship issue. They have not won a championship in over one hundred years! In fact, they are the longest-suffering franchise ever in the history of professional baseball. This may be due to the curse that is said to have haunted the field of Chicago.

A well-known curse on Wrigley Field began October 6, 1945. A local owner of the Billy Goat Tavern had purchased two tickets to watch the Cubs face the Tigers. This man was known as William Sianis and he was ready to watch the World Series. He had purchased one ticket for himself and one for his goat. The goat was named Murphy and was a mascot for his tavern.

It was at this time that the Cubs were up two games against the Tigers. It was very likely that they would win and people’s hopes were high. It was exciting because this would be the first win since 1908. The local bar owner showed up to the game with his tickets and his goat. At this time, two different stories are told.

The first is that the man was denied entry because of the animal and the other stated that he was allowed into the game only to be kicked out due to complaining members. It was at this time that Sianis was very angry and had cursed the team. He had allegedly cursed them by forbidding them from ever winning a World Series ever again. 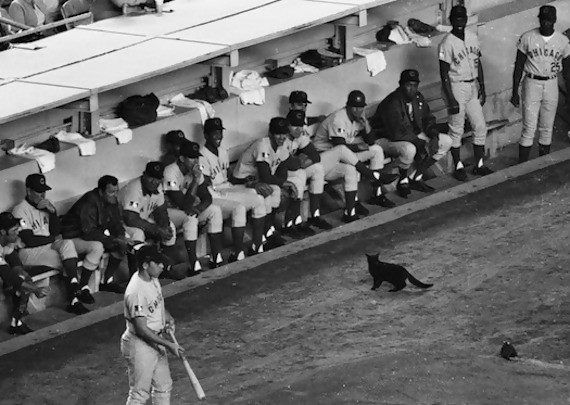 As stated, the team was doing very well and had likely odds of winning this world series, however, they had lost the fourth game of the best-of-seven series. They would then not go on to win another World Series in decades.

Before this incident, the team was considered very successful. They were the first team to win a back-to-back World Series. This occurred in 1907 and 1908. They had won four pennants in a short ten-year span. They won the pennants in 1929, 1932, 1935, and 1938. They had also made an appearance in the world series on each of those years. From the years 1876 to 1945 they had 51 winning seasons and sixteen first-place finishes. They had a total of sixteen pennants and sixteen World Series appearances. However, after the game with Murphy the goat, their luck suddenly disappeared.

The team had hit new lows and there were weird things that were happening. These weird happenings seemed to point to a curse on the team. This would include black cats appearing on the field. A cat appeared during a game in June of 1969. This cat had walked between the Cub’s dugout and Ron Santo. The Cubs ended up losing that game by a landslide. The Cubs had one point compared to the opposing team’s seven. The cat appeared out of thin air and had disappeared underneath the bleachers just as quickly as it had appeared.

This would be called the Billy Goat Curse and it was soon infamous. The Cubs would lose a lot and would become known as the Lovable Losers. They wouldn’t win any World Series or even appear in them. They only had fifteen winning seasons and three first places finish from the years 1946 to 2003.  This situation made being a Cub’s fan a serious disappointment. Fans would get their hopes up and be disappointed over and over. The team that was once very promising has been on a losing streak that cannot seem to be broken. This doesn’t mean that people didn’t try to break the curse though, many people tried very hard. It is said that more people tried to rid the curse than the number of games that were lost.

Billy Sianis himself had tried to break the curst in 1969. However, despite the efforts, the Cubs had continued to lose. Billy’s nephew, Sam, had shown up at the field with a descendent of Murphy the goat. The team would let him in, in hopes of lifting the curse. Sam had tried to lift the curse in 1973, 1984, 1994, and 1998. It was at this time that the audience would cheer let the goat in. They would cheer and applaud loudly. However, not even this lifted the curse.

In 2007 a sick attempt to reverse this curse had occurred. A fan had burnt a goat outside of the field. There was a sign left on the goat that had sated Go Cubs Go. However, this didn’t lift the curse either. The Cubs continued on their losing streak. The curse was so well-known that the Billy Goat Tavern had a timer that counted how many times the Cubs had lost and how many years and days as well.

Strengthening the Idea of the Curse

The Cubs were up three games in 2003. They would have won it if it wasn’t for the freak curse. Outfielder Mosises had gone for the catch and a name named Steve Bartman reached for the ball deflecting it away from the outfielder. This resulted in a walk for the Marlins. After this play, the Marlins had run after run and won the game. The ball was considered to be cursed and was solidifying evidence that the Billy Goat Curse was real. This also started the Bartman Curse as well which was an extension of the original curse. This ball was purchased by a Harry Caray restaurant group to destroy it. It was thought that destroying this ball would lift the curse. However, even with the ball destroyed, the curse did not lift. Because the curse did not lift, the idea of the curse only strengthened.

While the Cubs may continue to lose, it is up to you to decide whether or not you believe this curse. According to Wrigley Field and its fans, the Billy Goat Curse is real and people are continuing to try and break the curse. This curse may be the death of the Cubs and could potentially cause issues in the future. However, as of right now, it doesn’t seem that there is any way to reverse this curse. Many people have tried and failed. Some people have taken the reversal of the curse to dramatic levels but to no avail. The field has a lot of history and it is well-known, however, so is the curse and what it does to the team.